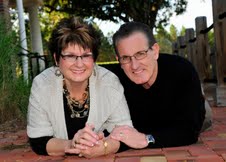 Hourglass Ministries was incorporated in 1976. The name developed from the church newsletter we published at our first church plant in Auburn, Nebraska. It was called the Auburn Hourglass, and featured a quote from John 9:4, “the night cometh when no man can work.” In 1973, we named our stillborn son Murray McCheyne Spear for the Scottish preacher, Robert Murray M’Cheyne who died at age 29. To honor the memory of our little son, we combined the two, arriving at McCheyne Hourglass Ministries, or MHM, Incorporated. Hourglass Ministries has been the vehicle for our evangelistic and revival work, founding a radio station, and tent meetings in more than a dozen municipalities. We have spent forty years in music evangelism, the pastorate, prison chaplaincy, Christian school administration, and missionary church planting.